Over the 40+ years, Montrose Vikings have seen some outstanding players who have gone on to make a career in basketball.  Scroll down to see more information about the players' basketball experience*. 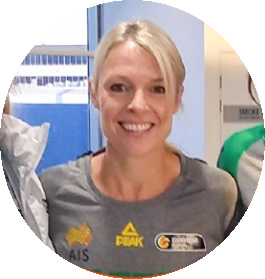 Jackie started playing for Montrose Primary (after school comp) in Grade 2 but then played for Montrose Vikings' first ever U12 team in around about 1979.  After playing for one to two years, Jackie's family moved to Queensland. She is currently Basketball Queensland South U18 Women’s Head Coach coming off the back of a silver medal at the 2019 Australian Championship.  Jackie is also the Australian Sapphires Assistant Coach.

*If you know of an ex-Montrose Vikings player who is not listed, please email secretary@montrosevikings.org.au